August 2018 saw the departure of long 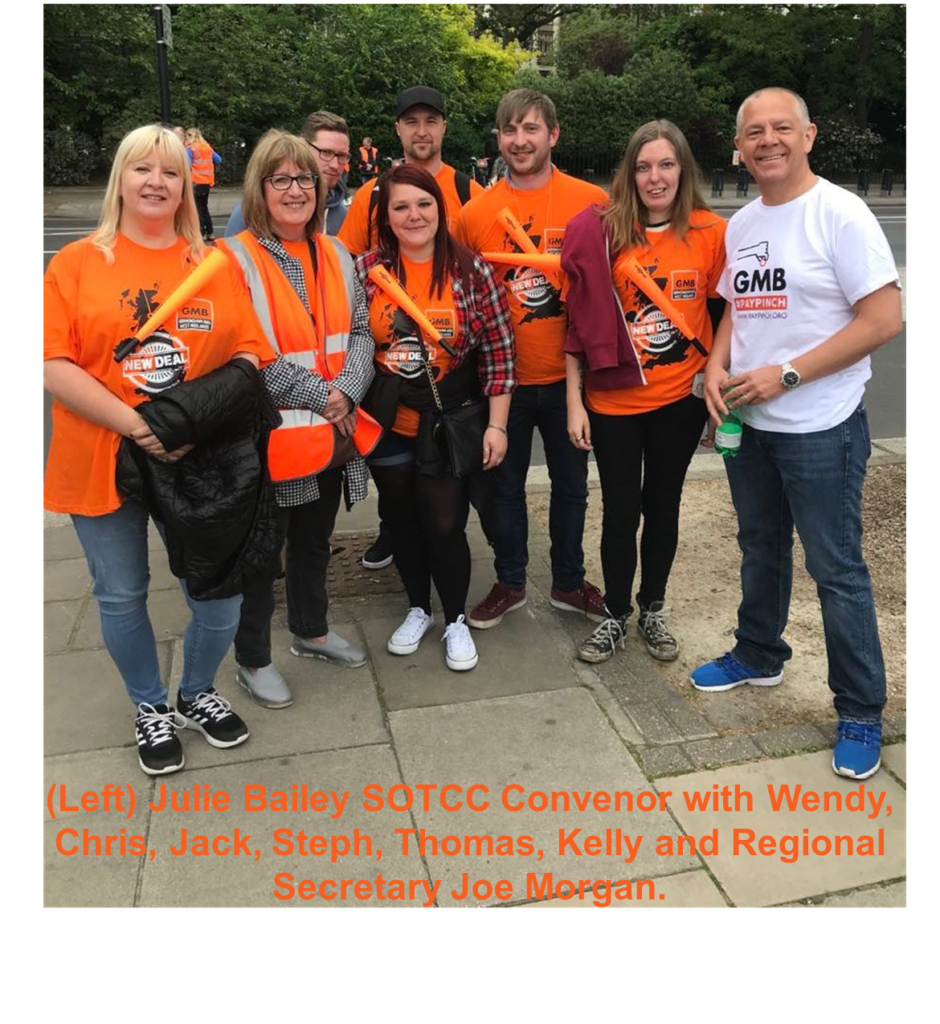 standing convenor Jeff Birks. However
in his place a lady called Julie Bailey took over the post. Julie was previously a Steward, and her case work sparked a keen and in-depth interest of her duties and role as a rep. This in turn had Julie feel she could make a difference and she put forward for the position of Convenor when Jeff advised that he was stepping down from his role.

Julie comes from the Adult Social Care Services and was a Senior Social Worker when she started working for the GMB. Julie is a fully qualified Social worked and has the following qualifications:

Julie is also HCPC Registered until 2020 and all her qualifications are up to date. One of Julie’s biggest attributes is her speciality in Safeguarding, alongside a wide amount of intellect and knowledge in Adult Social Care.

It became quickly apparent that Julie not only had the passion and drive, but she also had the knowledge and determination that the new convenor needed. In March 2018 Julie was elected workplace convenor by the GMB Stewards and she started to undertake her role in April 2018. She learnt the role quickly, shadowed the soon to be retired convenor. Julie quickly picked up the different responsibilities from those of the stewards, and was quickly making it obvious that the right person for the job was selected.

Quickly, Julie picked up her aspects of the entire role and was able to build her own relationships with HR, Management, Stewards and most importantly Members. During her time so far as convenor, she has worked well to get the best outcomes for members being a ‘sounding board’ for stewards, supporting all members and stewards as well as building great relationships with officers in the GMB.

Julie has also attend events run by the GMB, supported the Wages before Ages campaign and supported her stewards to take up an active role within the Union. She is very supportive of all her reps, and continues to display the empathy and strength to lead that is relevant to the Convenor role. She has a good working relationship with the other Unions within the City Council, and continues to build the working relationships that were in place. Julie has made her mark as GMB Convenor for Stoke-on-Trent City Council and as a branch we continue to support the fantastic work that Julie is doing and know that she will help to build a strong and united branch for the City of Stoke-on-Trent.

For any members who work for the City Council and would like to discuss any issues, reasons to join the GMB, advice or to get to know your City Council Convenor – please contact Julie via 01782 235109 or email julie.bailey@stoke.gov.uk 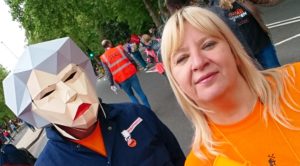